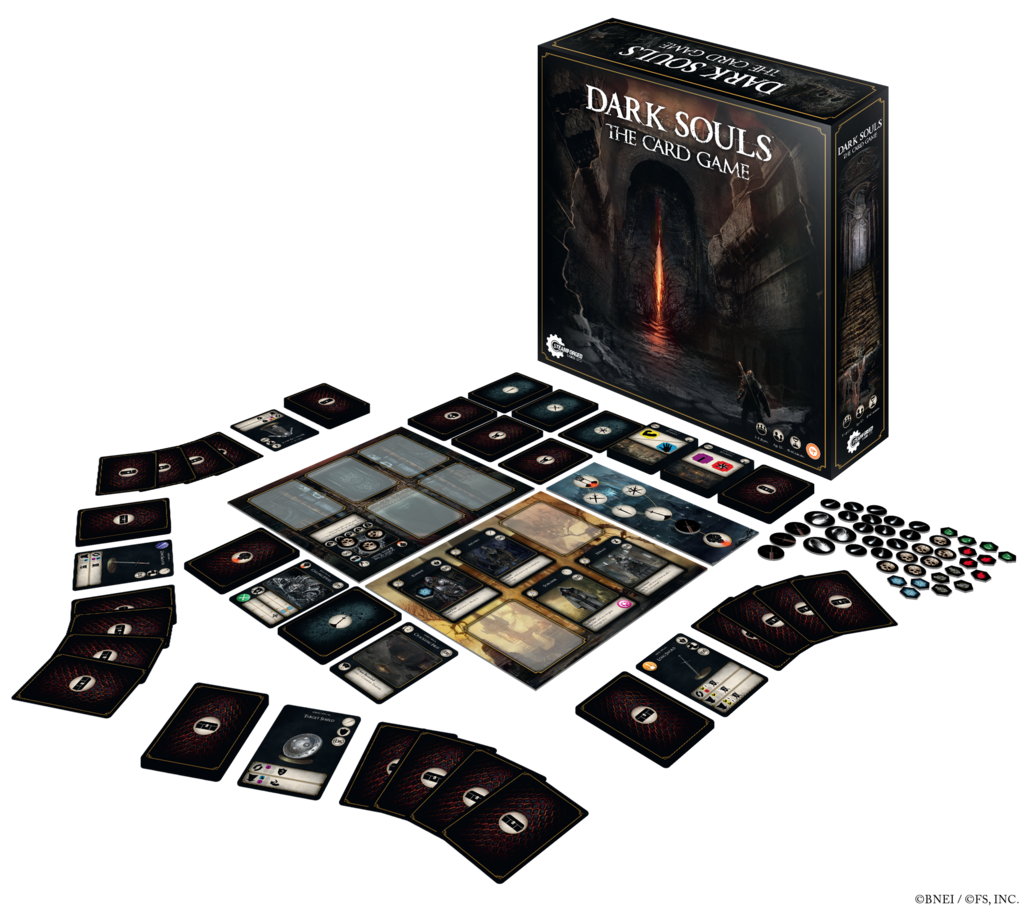 Next up is the summoned NPC Sellsword Luet:

Thank you all for your continued support!

Today is an opportunity to give you an insight into the Summoned NPCs and how they will operate, interact and behave within the game.

This Kickstarter campaign has seen unprecedented levels of success - meaning we are now in the realms of models that are still in the development cycle (similar to the Darkroot Basin Expansion that we brought forward). As such there are still elements of their mechanics that we are finalising/signing off on.

The Summoned NPCs act very similar to the Bosses you have already seen within the game - but in reverse. Each NPC will come with their own 'Summon AI' deck that represents iconic behaviours of each of the relevant models. For example, 'Onion Bro' will demonstrate quite a slow and sluggish NPC - however his blocking ability is frighteningly good to behold. His dodging....not so much.

The NPCs can be brought into the world in a variety of ways and this is the area we are still finalizing the nuisances of. As with everything, we always try to replicate the video game as close as possible but at times we need to have multiple ways that models may be utilized so gamers will have the full experience during their playthroughs.

For example, you will be able to bring models in before Boss fights via summoning just like the video game (and help you clear the room your in)...But we also currently have in testing using these models as companions from the start of your playthrough - particularly if you are playing solo. We want to maintain that everything is accessible within the game while still providing the difficulty curve presented within the video games.

With all this considered, the Summoned NPCs bring a fresh and supportive way of playing the game and will enhance your enjoyment during your gaming sessions...if you want the support!

We're getting close to the end of the campaign. It's been a good run and you're still even now unlocking more stretch goals! We may be a bit quieter than normal this weekend in the comments section as the UK Team are all meeting up (except Bryce). We will still be popping in intermittently though to answer questions.

This time around you have started the Summoned NPC Expansion by unlocking Ruined Aflis. Don't know who they are? Go and play DSII again then!!

The main page has been updated with the rest of the silhouette versions, see if you can work out who they are in the Main Comments section. Next up to be unlocked will be Hmm...Mmmmmmm...Hmm... Mmmm:

I am Solaire of Astora, an adherent to the Lord of Sunlight.

You have all engaged in jolly cooperation and unlocked Solaire of Astora as a Summoned NPC!

I will stay behind, to gaze at the sun. The sun is a wondrous body. Like a magnificent father! If only I could be so grossly incandescent!

How are we all today? Did you see the Solaire of Astora update? We need some JOLLY COOPERATION from you to help unlock Solaire for FREE!

In the meantime the Stretch Goals keep on unlocking! You have unlocked Armourer Dennis:

The next unlock is a very special one! It's the £2,500,000 Milestone which means something big will be coming as well as Marvellous Chester...